High-Tide Heels to Keep Your Feet Dry for Wacky Wednesday

Posted on September 6th, 2017 in Arts/Culture

So high-tide has overlfowed, and poor Melania Trump, getting picked on for wearing heels to view the devastation hurricane Harvey has left in it’s wake. First off I’m not undermining the issue of the devastation left behind, devastation that we can compare to the wild fires we’re experiencing here in British Columbia, Canada. It’s horrible and a serious wake up call, and to those who keep believing  global warming doesn’t exist, give your idiot brains a shake!

First off we don’t know whey she wore them, and quiet frankly who cares! She’s gorgeous and wears it well, but maybe, just maybe she is wearing shoes like that because she has to? Being married to the man who once was her prince charming, now the world buffoon, may come with a set of rules. He has already proven himself as the misogynist he is by bellowing “grab her in the pussy” and complimenting the president of France’s wife Brigitte Macron on how good she looks as the first things out of his mouth. So much depth, engaging, and intelligent conversation Donald Trump is capable of.

Maybe Melania has to wear them, maybe she was the victim of a cruel joke by his staff, maybe she just didn’t get the memo, or maybe she wore them to look fabulous next to him. It doesn’t take much to do that with a comb-over like that! Either way she did and let’s get over it, because I have found the best option for her for next time it should happen again.

I came across these lovelies in my internet travels, Tide High Heels, originally designed and created by Belgian artist Paul Schietekat for an exhibition in 2006. First published in 2009 in The Telegraph, it appears that these won’t be making any splash at the local shoe stores anytime soon.

I don’t get why, they are colourful, water proof and resistant, great for mobility on land and in the water, and I agree, look so much better

than a pair of flip flops.

Just think of the possibilities folks, dinner and dancing, the opera, the theatre, your next beach side vacation! I’m all for it, and would love a snappy pair to hit the fashion shows of Europe.

Enchanted Doll, doll’s by Marina Bychkova, a Russian-Canadian figurative artist and founder of Enchanted Doll™- a luxury toy label of exquisite, porcelain dolls. are nothing short of what she calls her site. Enchanting, yet another great find from my travels in the Pinterest realm.

Most people know I love dolls, but more in particular dolls produced in the style of what I call, the “Barbie” look. Dolls for the most part considered outrageous and not good role models for little girls. Well folks, these dolls I would say are NOT for little girls or boys, but for the adult minded that take great care and pride in displaying these gems of exquisite artistry. These dolls are enchanting fairy tales brought to life for the serious connoisseur of things beautiful.

These dolls are made with great care from ceramics, bendable, movable dolls crafted with great detail paying strict attention to the colour of the skin and make-up, the accessories used to adorn them, fabrics for the costumes, realistic hair, and facial expressions. Even the genitalia is expertly painted and detailed! Yes she creates dolls that are beautifully nude, and on the opposite side of the spectrum, dressed beyond compare. Fantasy is not something she shies away from.

END_OF_DOCUMENT_TOKEN_TO_BE_REPLACED

Most folks shy away from the use of pastels, especially men, however Matt Crump’s rich pastels photographic manipulations prove otherwise,  proof he has embraced the use of pastels and is producing some incredible works of art that are downright delicious.

“Pastels or pastel colours are the family of colours which, when described in the HSV colour space, have high value and low to intermediate saturation. The name comes from pastels, art media characteristic of this colour family. The colours of this family are usually described as “soothing”,”soft”, “near neutral”, “milky”, “washed out”, “desaturated”, and lacking strong chromatic content.

Everyone knows I’m big on pink and pastels, and if you don’t, well now you do! I feel and believe there is so much strength in these types of colours that paired with black or other colours, shades, and tones of opposite value or slight variation on the colour wheel, they are downright sexy and awe inspiring.

END_OF_DOCUMENT_TOKEN_TO_BE_REPLACED

Posted on February 1st, 2017 in Arts/Culture

Born in 1987 in Cape Town with the birth name, Laura Windvogel, her pseudonym tells the real story of a woman in control of her own. For those that know Afrikaans, Skollie describes a person of colour as a suspicious character, used by the police of the area, so it seems fitting that at she would use it in her own name.

In a recent article for The Huffington Post by Priscilla Frank , she tells of the history of her people, the “Khoisan Tribe, a group that 22,000 years ago was the largest on the planet but now numbers approximately 100,000”. Its a humbling short read that gives great descriptive on her work and choice mediums in which to produce her elaborate work. Work that is without a doubt thought provoking.

Her work is currently on display at the Tyburn Gallery London.

A feast, well worth it.

Posted on December 8th, 2016 in Arts/Culture

Here’s another one for Wacky Wild and Wonderful Wednesdays although day late, well a few months late, so spank me! I don’t care, it’s my website and I’ll do what I want to!

I love objectifying men! Hell why not? We are always getting it crammed down down our throats how women and all those on the gender spectrum are being objectified, but why not MORE of the men?

To make a point I’m objectified, but I’ve commodified myself and I’m happy with that and do not need someone else telling me how misguided I am for doing so! We hear it all over the place, the fashion world, beauty competitions, body building, athletics, and the list goes You know what I say to that and sorry for being so blunt? FUCK YOU and the cart you rode in on, and take your attacking passive aggressive insecurities else where, they have NO place here.

END_OF_DOCUMENT_TOKEN_TO_BE_REPLACED

Wacky Wednesday: Inappropriate, Or Not So Inapropriate School Supplies

Well here we have it, some more form the world of the weird, in my case, the down right hilarious. It’s not like I sit around looking for this stuff, but there is some truth to that.

From pencil sharpeners, to rulers, to USB drives, some very crazy fun stuff to make any adult with a penchant for bizarre humour in you. I suggest you have a look at the videos, they tell it all, but just so you understand the context of these videos be sure to watch the first one, it surely sets the tone! LOL

END_OF_DOCUMENT_TOKEN_TO_BE_REPLACED

Wacky Wednesday: ERIC STANTON Blast From The Past

I LOVE art, and I am sure that’s no big surprise to most of you out there, who know me well, and those who don’t. I am very influenced but the provocation, the beauty, the colours, and the strength each artist is trying to convey.

America’s best bondage and fetish illustrators, cartoonist, and comic-book artist, with the majority of his work depicting female dominance scenarios.

END_OF_DOCUMENT_TOKEN_TO_BE_REPLACED

I love presentations of female sexuality, created and presented by women. It has a very distinct and different feel than the art produced by their male counterparts in the art world. Less objectified, if we can say that, although I am not opposed to a some objectification now and then.

Marilyn Minter is just such a woman.

To say her work is unique is an understatement, she has worked with photo, video, and paintings producing work with lush vivid colours evoking emotive desire around the female form and beauty in all it’s shapes and sizes. Her work spans over three decades.

END_OF_DOCUMENT_TOKEN_TO_BE_REPLACED

The Popovy sisters of Perm, Russia are award winning creators of dolls that would put Barbie and her world of plastic overindulgence to shame. Twin sisters that are fashion designers and artists took up doll making in 2004, part of an interest in human form that grew to include small collections of 10-14 dolls in each. The dolls are painstakingly hand crafted and sold to buyers around the world.

Their attention to detail is astounding, right down to the doll’s facial expressions, features, poses, and even the female genitalia. The women produce one collection a year and revel in the reactions the audience members produce at their gallery openings. END_OF_DOCUMENT_TOKEN_TO_BE_REPLACED

With all the superhero hype going on it seems only fitting to showcase a few kids toys that made it to market. My only question is who was in charge of product design and development?

Think whomever it was missed a few details. 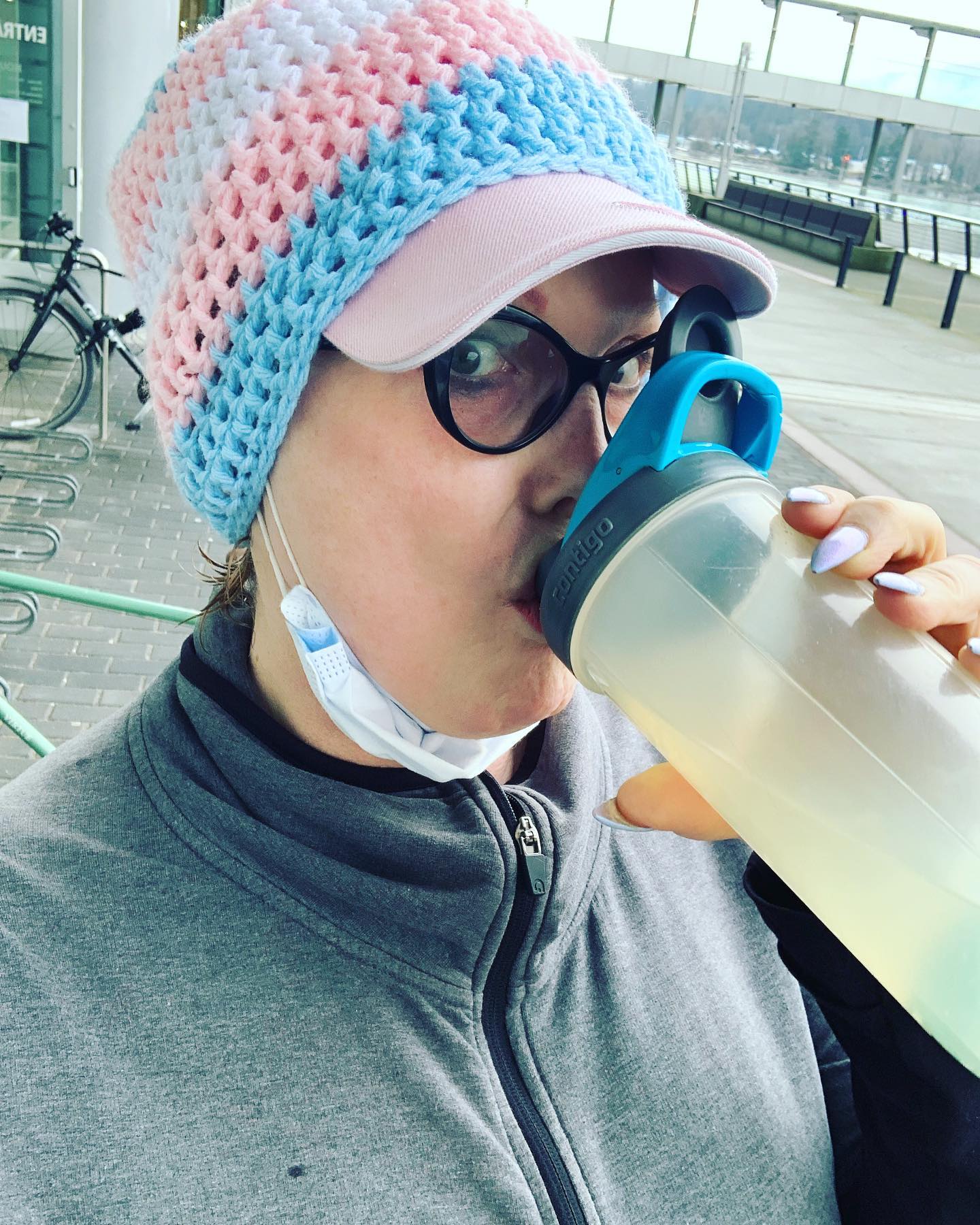 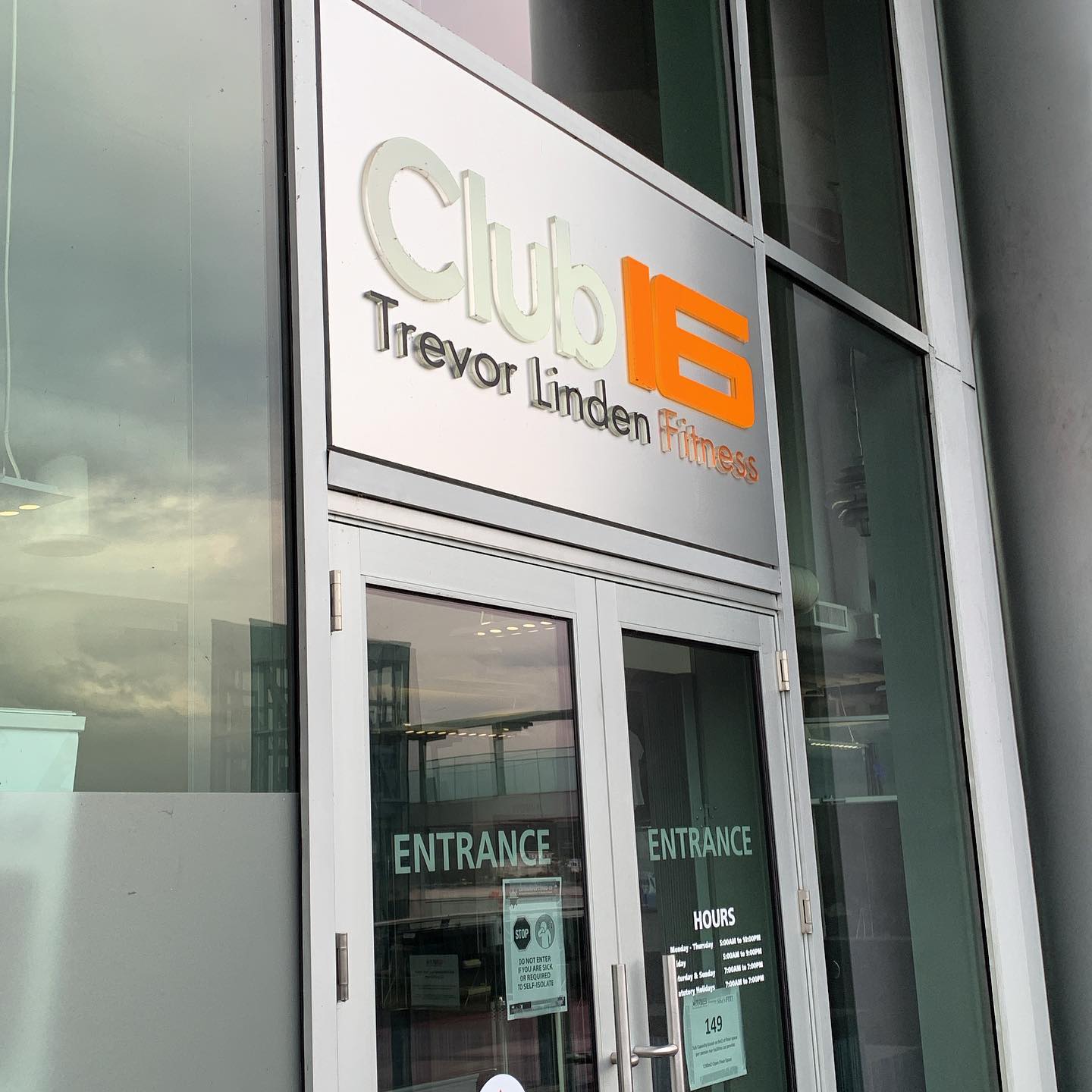 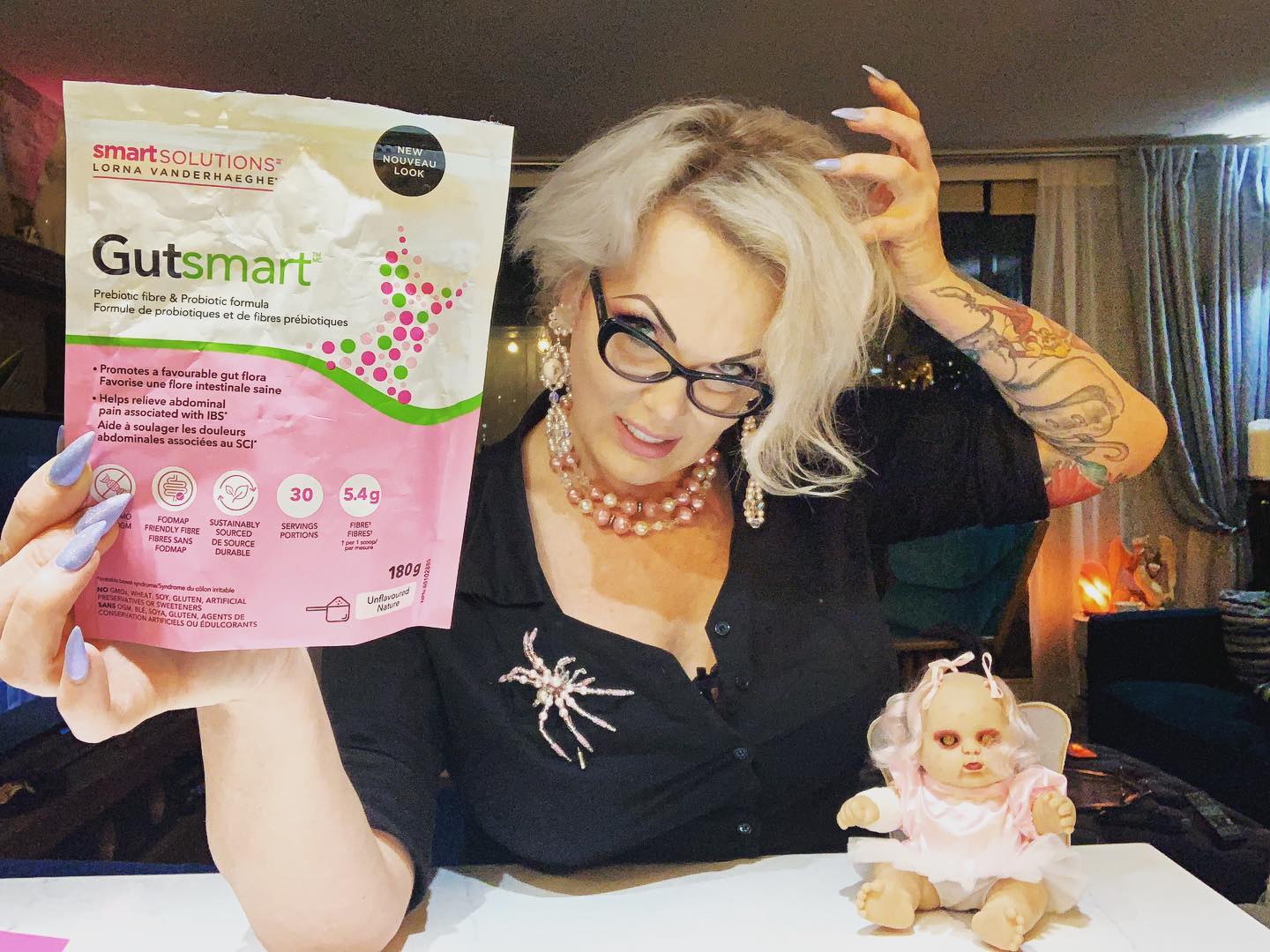 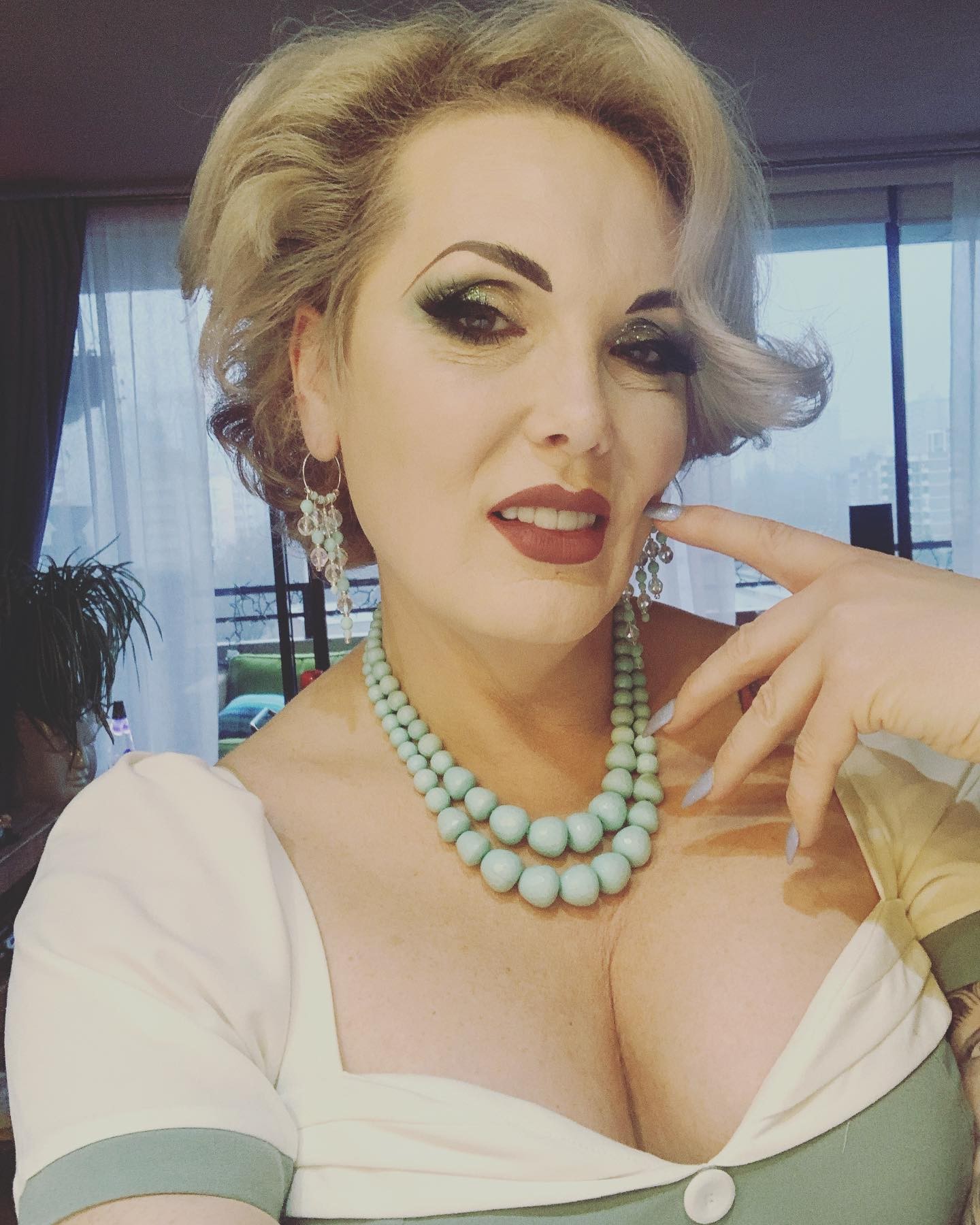 velvetsteele
•
Follow
A little afternoon #classicglamour #seafoamgreen #cream @jeffreestarcosmetics @lashmeup___ and #crystals have I mentioned how much I love #greens as much as #pink ? Well I do! Happy Tuesday everyone!!! 💕🖤💕
View on Instagram |
4/9 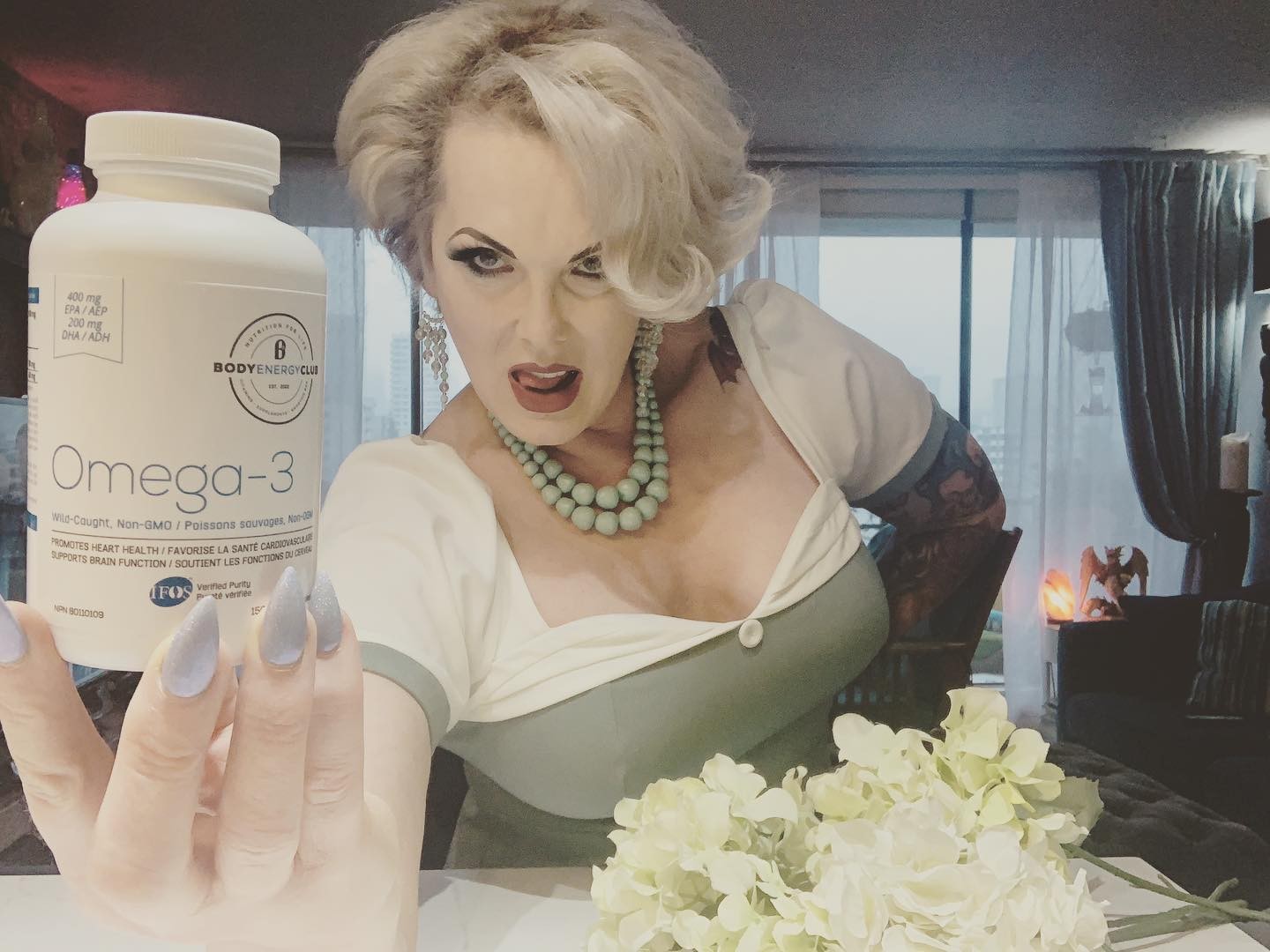 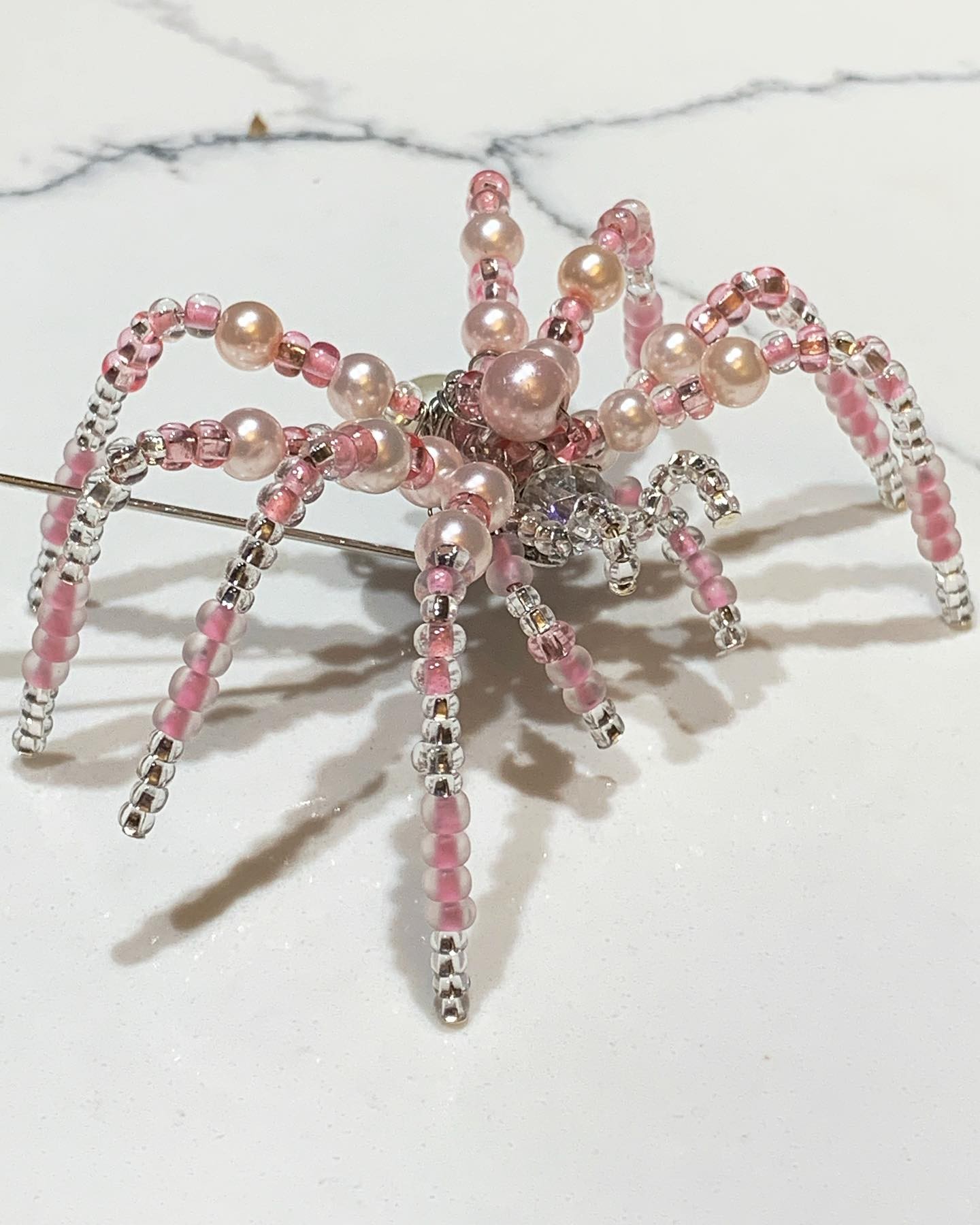 velvetsteele
•
Follow
#prototypes #prototypeready #pinkcrystal #pinkspider #spiderbroach #beadandcrystals #crystalsandpearls #beadworkjewelry it just #sparkles so much it’s hard to capture it in the right light, I’ll be using the light box when I get to producing these when all my supplies arrive and I get rolling in colour and stereo! Super excited to be doing this! PM me for details if your interested! #jewellerymaking #christmasspider #easterspider and beyond! #crafting from your fave #greeneyed #dirtyblonde #glamazon #transsexualwoman #lovinglife💞 and #livingitlarge #amazonstyle 💕🖤💕
View on Instagram |
6/9 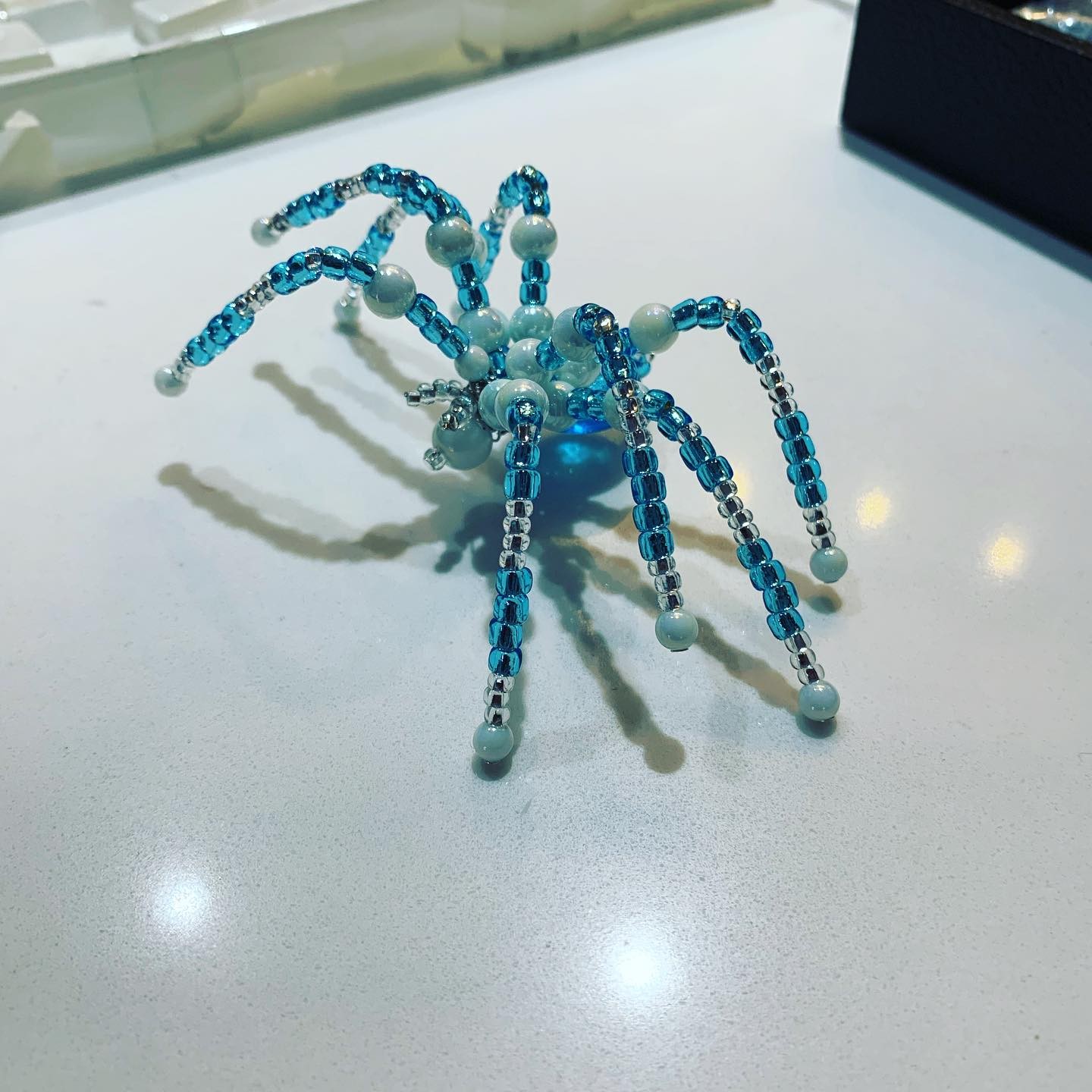 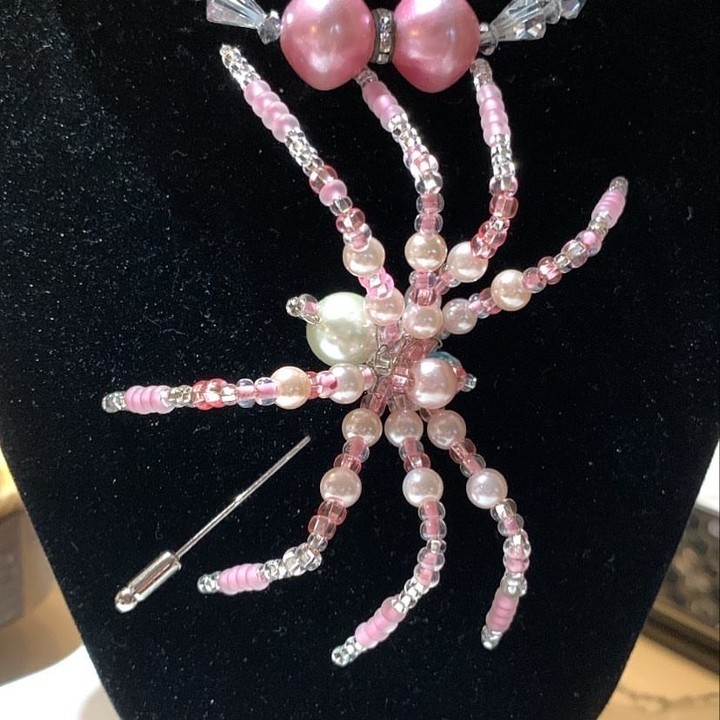 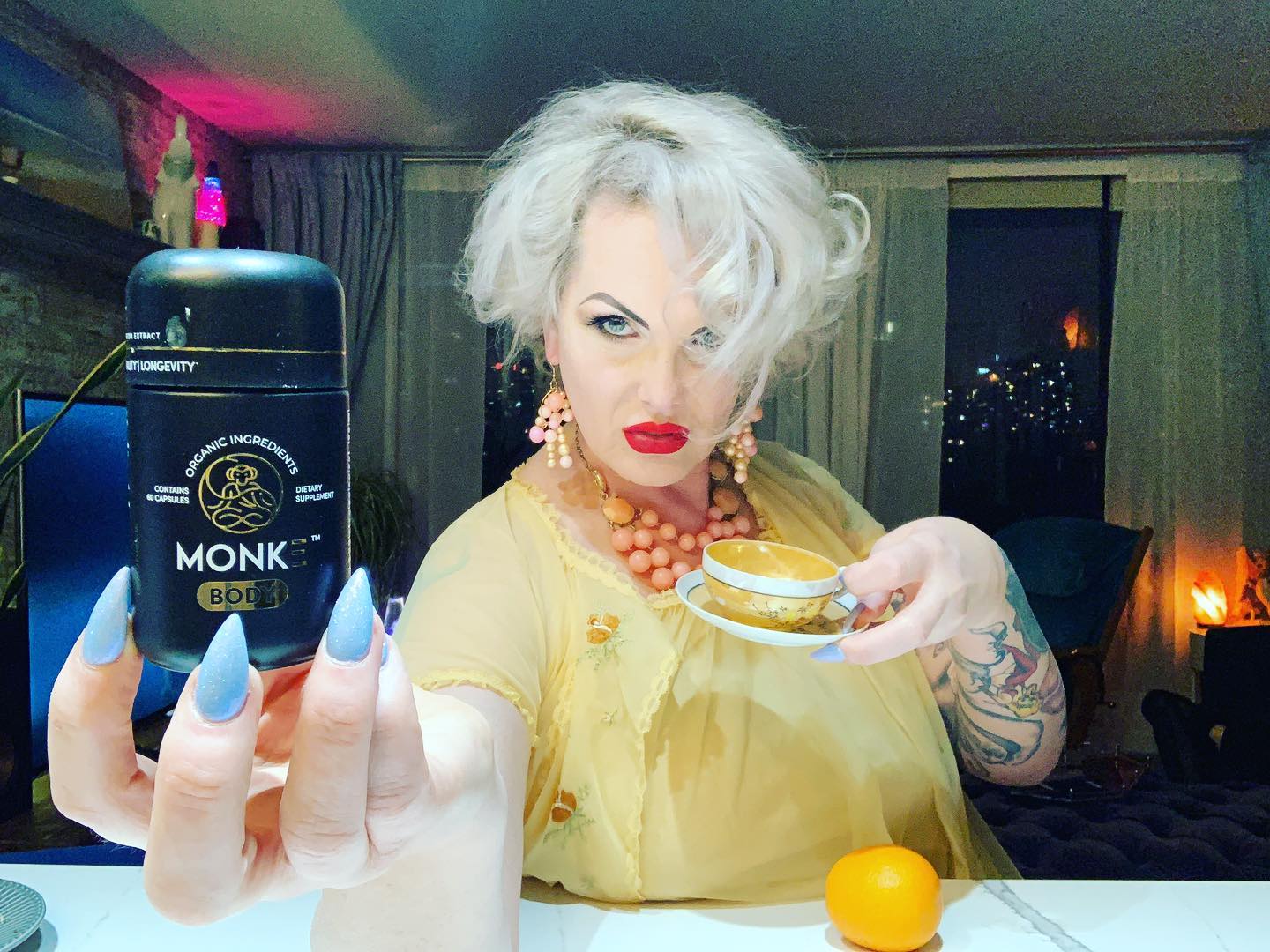 velvetsteele
•
Follow
#spotoftea anyone? A #newyear #newbeginnings or just continuing on with long established #healthyhabitsforlife @monkenutra utilizing the #magic of mushrooms and no not #psylicybin 🤓 this for #overallhealth #cognitivefunction and #wellbeing a #hiddengem new to the market and…… in a glass jar!!! With the power of #ashwagandha #cordyceps #reishi #turkeytail an 8:1 mushroom extract! Get it from my gang at @bodyenergyclub 2 capsules once a day or one morning and night! Brought to you by your fave #greeneyed #dirtyblonde #glamazon #transsexualwoman #lovinglife💞 and #livingitlarge #amazonstyle 💕🖤💕
View on Instagram |
9/9
View on Instagram

All content is property of Velvet Steele unless otherwise noted. Reproduction of the content on this site in whole or part is strictly forbidden.